Hey guys, in case anybody still checks Pasta I figured I might want to send this to you guys.  I didn't think to until just now for some reason, and talking to Count and RWComix via email reminded me that anybody who still stops in may want to see this.

No, not that old one.  This one is my own personal review channel for video games and the like.  The response has been really positive so far, and who better to give feedback than some of my closest internet buddies?

The linked review above is actually my second review, for Mega Man 1.  The first review is also on the channel, for Sly 1.  Let me know what you guys think, I'd love to get some more feedback!  Obviously feel free to do it here, or on YouTube.  Either/or works, though I may see it on YouTube first lol.

huh, glad i checked back here actually. I like your reviews. well put together. Enjoyable. You got my sub

Hey, thanks dude!  I wasn't sure if anybody would have even checked it but I'm glad somebody still lurks every few days like I do lol.

How have you been, btw?  I haven't checked with a lot of the Pasta guys in a while.

i've been ok. Life is life (it sucks and then you die), College slowly eating my soul with so many different programming languages, Pokken is addicting as hell.

As i said before i've pretty much migrated over to Screwattack forums for online discussions, its where i spend most of my time. Debating DBs and such, despite the fact Season 3 has gotten off to a really bad start accuracy wise. Forum annoys me at times, but i've met some cool people there. Next few weeks will be hell, Ratchet and Clank are in the next fight, and its pretty obvious who they are fighting

I mean, they should win, but...so should

Season 3 Spoilers for those who care:
Bowser and Bayonetta

and look where that went.

Meh, shouldn't rant on DB much, we have a thread for that, just thought you should know R&C are up next.

Me myself, without the online drama?

Programming was a mistake. Number of Languages i'm expected to know jumped from 2 to 12 -.- The course i'm doing is way too hard but....yeah i'm just trucking along

And you? You obviously have Youtube up and going, hows life treating you?

To be fair, Bowser has zero chance against Ganon in reality. Ganon can only die by like two weapons, Bowser is just hard to kill. Bayonetta should have won though.

I've unintentionally followed DB this season lol. I saw Ratchet teased and I was just telling Count that unless they absolutely cop out with Jak being the chosen one Ratchet should handily win here. I don't care overall though, we all know who wins either way. Jak never has invincibility frames so the RYNO V or VII would kill him in seconds lol.

Which languages are you doing? I've only had to learn like three total in my programming courses, and I shouldn't really count HTML honestly so more like two. I'd hope they're all just similar and variants of C because you really never need anything else, as I'm sure you know.

But I'm doing good otherwise. No real complaints, life is what it is really, so I don't sweat the small stuff.

The Death Battle research team went out of their way to prove the Ganon NLF as bullshit. LousyTactitian, a good friend of mine, had nearly all his notes on why its BS and the ENTIRETY of the research team followed suit. If he can be hurt be things like the Megaton hammer, he can be killed by sufficient force, something Bowser has in spades. If Galactus or Superman punched him, would he die? Its not QUITE that big a gap here, but its close. I have never seen the forum that united behind a verdict. nor as universally angry after a fight, Minus Yang V Tifa, which is the biggest load of crap...anyway!

Bowser is legitimately powerful enough to tear the entire Zeldaverse apart, minus the Golden Goddesses, even using the Hyperbolic statements like Demise "Destroying the world" and assuming Planet Buster (Yes, people do this), mostly because of Galaxy and Mario Party, but Bowsers Inside Story carries him far too. He also has hax, like the whole turning the Mushroom kingdom to stone thing, which is better than Ganons, and the whole "Death Curse" Thing was just Ganon implanting a monster into the Deku tree, something Bowser has experience with via Bowsers Inside Story, all the way up to Fawfuls Dark Core. He has a universal range teleport and...honestly every advantage possible, i am nowhere near done. But you get an idea. The idea of "Only killed by holy weapons" is all Ganon had, and its easily debunked and reliant on fan theory in many places, also being a No Limits Fallacy which is a versus no-no. But DB gonna DB.

As for Ratchet, trust me, i know. I did a blog on the subject, and despite not having him quite as high as the R&C wiki has him (I assume you've seen that, cause your you) i still think he takes this fight pretty comfortably. Jak has Invulnerability in Dark with a certain power up, but its stalled out with "Insert weapon here" he has Timestop but its countered by Clank being...well a Zoni robot. and While the Supernova is a Nuke, Ratchets fodder weapons are nukes. It really is a non contest. and if its not Jak, its Fox (Again, close fight) or Banjo Kazooe (*Laughter*). but comments by people involved make it pretty clear we got fried precursor ottsel and elf boy on the menu

Languages...Well Java, MASM, C, C++, Maple (does this even count lol), SQL, HTML, Javascript, CSS, PHP...i'm forgetting some which is not a good sign. Plus a lot of Linux commands

Alot of it ties in together, which should make it easier, but it ties together while not being the same in anyway which makes it..not

Good to hear lifes normal for you otherwise tho! And your in content with count and the like? cool!

I'm not leaving, but again if anyone wants me outside the forums, i'm on Skype like...24/7 (lpool1996moh, Avatar is a heatran on an air balloon

) and if your on SA forums for any reason, i'm TheMohZone over there. and also seem to be the main source for R&C info on the board, so i'm in for a FUN few weeks.

Perhaps I'll pop over there if you need some help drumming up Ratchet hype! I miss foruming a bit, I hang out on the IG forums and at VGC a bit but nothing tops the PSAS community of old. And yeah, Count and I exchanged emails a while back and we chat forum style all the time. He put me back in contact with Comix too. I'll try and remember to add you on Skype tomorrow, so long as I don't forget after work lol. I don't use Skype much but that's because I'm too lazy to reinstall it.

And my hope is that they acknowledge that Jak has two minutes max of Dark/Light Eco, and that he only has 32 hits tops before he dies to Ratchet's dozens of hits/999 Nanotech in ToD. All R&C need to do is hit him until he uses Light Heal, then hit him until he's in a corner and goes Dark Jak, and then Groovitron him to stall almost all of the duration of Dark Jak. Game over.

The languages you listed aren't TOO bad, I can't speak to a couple but all the HTML/related ones are easy to me and obviously C and Java are as well since, well, they're just C. Java is a pain in the dick though since it's so basic. Definitely not a good thing if you're forgetting some though! Lol

Ratchets nanotech heals him from the inside out, so as long as he has it, he's fighting at 100% unlike Jak who has one instance of Regen and thats it. His armour is flat out better, he counters EVERYTHING Jak can throw at him and his weaponry is just far superior. Jaks supernova is a nuke, which is equal to a Hand Grenade in R&C. Ratchet is faster, reacts faster, possibly stronger (He has MORE strength feats of a decently equal calibre) more experienced and Clank is infinitely more useful to Daxter. 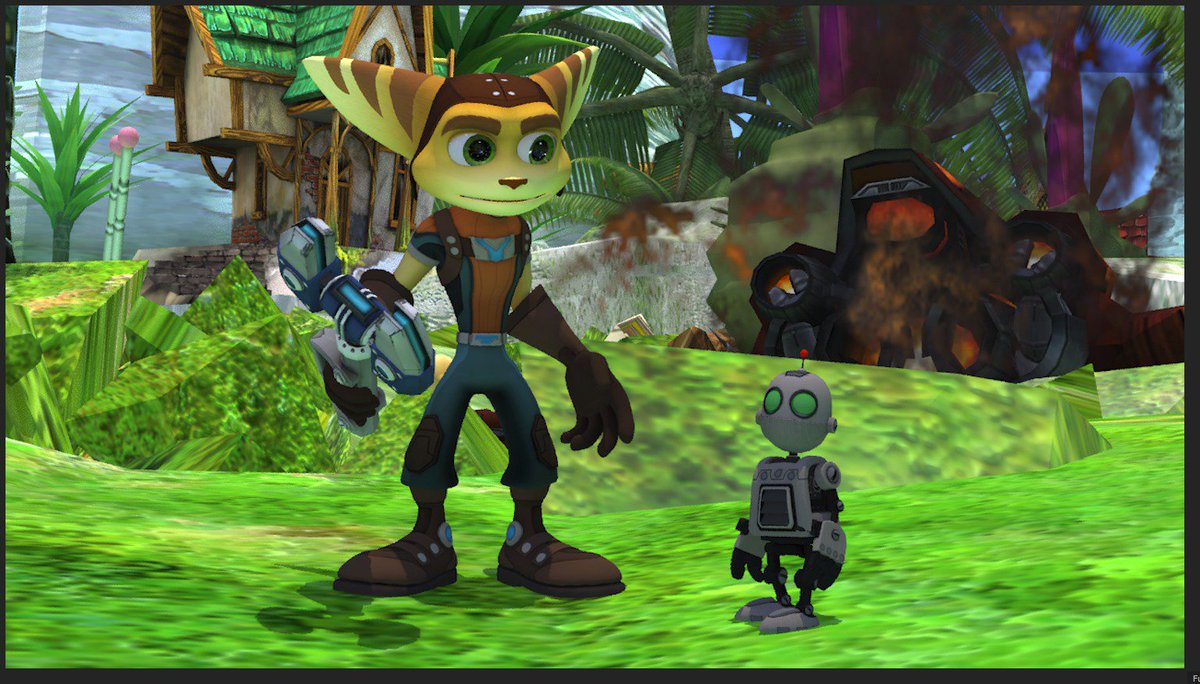 (This is from the Animators twitter. Jak pretty much confirm)

And yeah, please do add me! Send Count and Comix my way too i guess!

Alright, I'm adding you on skype as I type this.  I also made an account on the SA forums using my Youtube name that I may use to pop in occasionally and crap.  Or I may use it to shamelessly promote myself a tad, at the very least, if the rules permit.  Can't hurt either way lol.

lol yeah if you have it in your sig people will check it out.

I suggest lurking before posting tho. some people on there can be real harsh

I still haven't even gotten my email saying my account has been fully activated, so that's gonna have to be the plan for a little bit! lol

Podcast i was on, mostly on the match

Actually I found that post of yours independently somehow. Didn't click when I read the intro that it was you but now it makes sense lol