Due to recent events I haven't been able to continue work on my RPG, so I thought I would throw out this secondary project in the mean time.  Conceptualizing is taking a little longer than anticipated, but I do have some concept work done already and I love what my artist did.  I will admit, a lot of this I came up with on the spot.  The amount I wrote has nothing to do with that, I did that intentionally.  Then again, I'm now on this project's 4th version and took inspiration from a project I was script writing for but was eventually cancelled.

Playlist:
A Perfect Circle - Weak and Powerless
A Perfect Circle - Judith
Sixx A.M - This is Gonna Hurt
Sixx A.M - Heart Failure
Five Finger Death Punch - Wrong Side of Heaven
Slipknot - The Devil in I
Rolling Stones - Sympathy for the Devil
Rolling Stones - Paint it Black
Rolling Stones - Gimme Shelter
Creedence Clearwater Revival - Fortunate Son
Creedence Cearwater Revival - Run Through the Jungle
Quick Outline
In the world of experimental military drugs during the midst of the Vietnam War and the Korean War, the U.S was being beaten badly in two different part of Asia.  U.S scientists had come up with what they thought would create the perfect soldier, or at least one that never stopped fighting until complete obliteration.  These experiments took place in a remote military black site similar to Guantanamo Bay, but the crimes against humanity and human rights committed here made GTMO seem like a vacation.  If the U.S government really wanted someone to disappear and stay gone.  They were sent here.

Characters
Name: Joe
Age: 23
Gender: Male
Height: 6' 2"
Weight: 210 lbs
Blood Type: AB
Quick Outline: Former Special Operations Sergant, Joe was given an experiemental drug after being sent home for Vietnam to test how someone on the drug would react in public.  Long story short, publicly the incident doesn't exist.  Privately, it's under the books as "The Massacre of '73."
Name: Mya
Age: Unkown
Gender: Female
Height: 5' 5"
Weight: 112 lbs
Blood Type: O
Quick Outline: She's a mystery in her words and her actions.
Name: Dr. Fields
Age: 64
Height: 6'
Weight: 225 lbs
Blood Type: O
Quick Outline: Dr. Fields is the head of the facility and oversees any and all projects on the black sight.  He is a punctual man that has a strict system that he follows and has yet to fail his duties.
Name: Jericho
Age: Unknown
Height: 7' 3"
Weight: 300 lbs
Blood Type: B
Quick Outline: Jericho is a World War II veteran, his job assignment was to take up the flamethrower during the attack on D-Day.  The days following the event, Jericho was noted as being completely unstable and was eventually taken away after burning who many considered his closest friend alive.  Jericho has been held here in this black site since then under maximum security lock-down and experimented on.
Name: Maria (Nickname: "Valentine")
Age: 19
Height: 5' 2"
Weight: 99 lbs
Blood Type: B
Quick Outline: A devout follower of Charles Manson, Maria praised Manson as a god and would often show her support.  At the young age of 16, Maria ran away from home to live with a small group of hippies who were also followers of Charles Manson.  At one point, poised to become bigger than Manson ever was Maria abducted by government agents and brought here.
Name: Dr. Janus
Age: Unknown
Height: 5' 7"
Weight: 127 lbs
Blood Type: Unknown
Quick Outline: Janus is presented has Dr. Fields' understudy but seems to show up in the oddest of places.
Name: Jack
Age: 35
Height: 6' 6"
Weight: 295 lbs
Blood Type: A
Quick Outline: Jack is the Head of Security located at the black site.  He was given this position because he was a hard worker, but also because of the connections he had to get him a fancy job with a big pay check.
Enemies
Project: Soldier
Project: Runner
Project: Little Helper
Project: Amphibian
Project: Stalker
Project: Juggernaut
Project: SS-100
Jericho

I'm not sure what the expectations of the project is, but I guarantee that those expectations will be shattered.  Everything here is years of work and done intentionally. 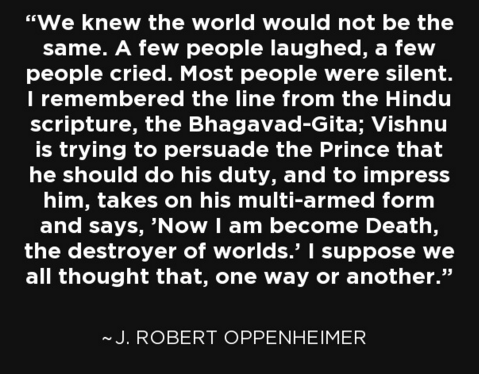