I kinda wanted to play it beforehand, since we're not getting into it for a while...

I just bought Mario & Luigi: Dream Team and BioShock Infinite yesterday (I heard about how the latter came with the BioShock, but I'm still surprised that it came with it). I'm playing the former right now and it's pretty tight.

Are you man enough to play this? 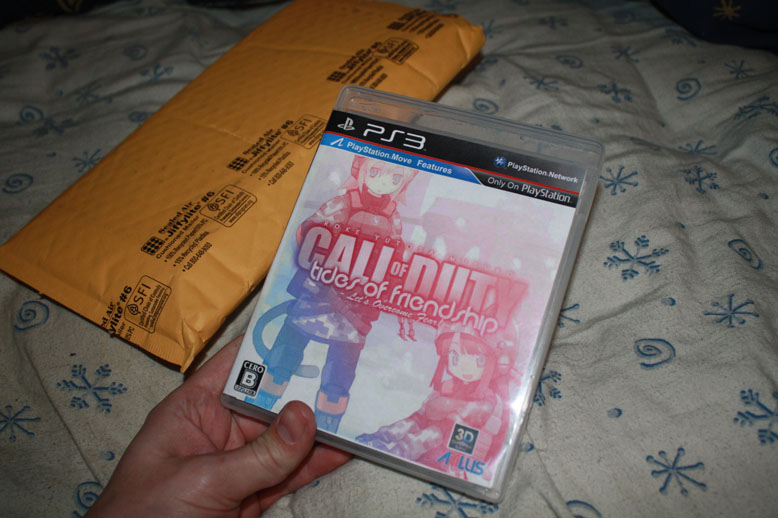 ^What is it i want it o.o lmao

Oh and this is my collection as of today (figured I'd update while I'm here): 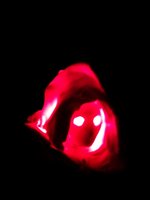 Just added R&C Collection (FINALLY) to the list. And inFamous 2 a few weeks back.

You do know that the 360 version uses multiple discs, right?

I've known since before I bought the CE st the midnight. One disc is an install and the other is the game. You never use the first disc after the first time. That's more than worth it to play with most of my friends (I thinj it's literally the only multiplatform game I bought on 360 in over two years)

I would personally rather not deal with an install disc at all regardless of what my friends have, but that's fine if you want to.

It's the exact same thing as on PS3, except that you spend five seconds to change discs after installing. If that five seconds is worth playing the online game of the next five years alone to you, I'm definitely confused as to why your opinions sit where they do if it's not simply childish console war flag-waving bias (and as much as I'd like to think it's not in this case, it's tough to believe that). If it were a game like FFXIII where the discs could almost be a hassle (changing twice over the course of 50-70 hours, or perhaps having one of the three fail), I might almost see your point. But in a game where you will literally never touch that 8GB again, I can stand wasting fifteen seconds to change discs a single time in my entire 1000+ hours of playing the game (when all is said and done).

Besides, I'll be rebuying it on PS4 in a year anyway, and then promptly selling every 360 item I own besides GTA V (only for the sake of collecting the Steelbook cover and keeping the Collector's Edition fully intact). That console is awful from a collector's standpoint (hence why every other multiplat purchase since I got my PS3 has been on PS3).

I'm just saying that I would rather put in one disc and be done with it which surprises me the 360 version outsold the PS3 version.

Multiplatform games almost always sell better on 360. Because petty things like an install disc don't matter to almost every gamer (and because of better server stability, etc., the usual 360 stuff). If I had more friends on PS3 that would consistently play I would've gotten it there but something thst doesn't even quality as an inconvenience wouldn't impact my decision to spend hundreds of hours having more fun than most games provide with my best friends.

Well, I was mostly surprised because I was expecting it to sell better on the game's home console brand.

More people own the xbox (even if ps3 caught up, money wise), therefore, more sales, no matter the scenario.

I'm confused with that statement when the PS3 has outsold the 360 in units.  Making the PS3 the 2nd best selling console of this generation and continually outsells the 360 every week. And I'd venture to say that 15% of those owners don't buy multiplatform games on the PS3. I don't, and I know of several other PS3 owning friends that don't. Most of that 20-25% of people who own both lean towards 360 for the third party stuff for the reasons I stated above. The other ~5-10% either lean PS3 or don't have a preference. For a relatively equal install base, that means it leans Xbox; it doesn't say anything about the industry other than what has always been established - that the 360 is consistently and almost without fail the king of multiplat this gen by usually marginal numbers.

And stop with this brand allegiance bullshit dude. Rockstar started on PC, and GTA III was gonna be on N64 first before hardware forced them to change plans. They've had several exclusives on both Nintendo and Sony platforms, and not once has it meant anything other than that they work with what's convenient to them. They, like most every other third party, don't give a shit that you think PS3 is better. They don't give a shit that I think PS3 is better. They care about making good games and/or making money. Honestly, you trying to throw a match into every discussion is starting to get annoying because as someone who wants to get into the industry you should know that it's not cut and dry like you tend to make it out to be.

GTA V isn't on the PC, yet so the argument is invalid and GTA was PlayStation exclusive for a while.  It has nothing to do with what I think is better, it more of I expect Rockstar to have a better fanbase on PlayStation.  Especially since when they changed the open world game with GTA III exclusively on PS2.  As for moving over to the PS2, that choice seemed like a no brainer.  The N64 would have never been able to handle a game of that magnitude as opposed to the PS2 which was next-gen hardware at the time and more powerful than the N64.  Also, Rockstar has commented that they like PlayStation hardware the most and wouldn't mind making exclusive PS games again.

Find me that comment. Because they've been on record as hating the PS3 architecture just as much as everyone else, to the point that Agent got cancelled and/or pushed back a whole gen. And the fact that it used to sell most on PS doesnt mean shit since Sony had the second biggest fall in ggaming history with the PS3, with half of its install base going to Microsoft and half staying. That is represented perfectly in the sales of V. The Microsoft GTA fans plus half of the former-PS2-owner GTA fans equals a slightly higher margin.

Now this isn't a GTA thread so let's get back on the topic of gaming collections.

I've just tried looking for that comment, but I haven't been able to find it since the release of GTA V. A it of an inconvenience which is annoying because I remember reading that a bit after the GTA IV release. When GTA V was rumored to be PlayStation Exclusive. This wasn't someone just said, this was a quote from the CEO of Rockstar in a legit article. I can look all day at this point and never find it because Google isn't giving me what I want since Google only searches things that are close enough. The stuff that used to show up when I was looking for an official GTA V announcement every day, or just something to prove it was real doesn't show up anymore.

"GTA V" "Ps3 Exclusive" Those words would never have gone together unless Rockstar had been Smoking all the drugs. like some drug Marini kinda shit. They are in it for money not some fan service shit just like everybody else. making GTA V an exclusive game would be one of the worst moves they could have possibly made. it may have resulted in a better game but it wouldn't have broken records on PS3 alone.

Well, it COULD have, because it is GTA lol. It'd be amassive stretch though.

...Dammit, /GTADiscussion back to gaming stuff. 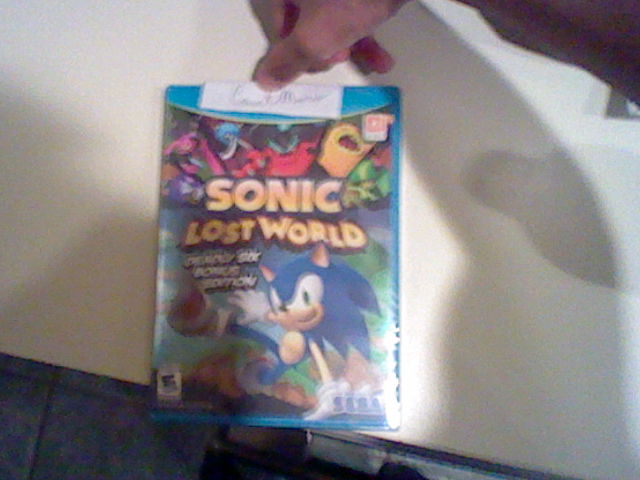 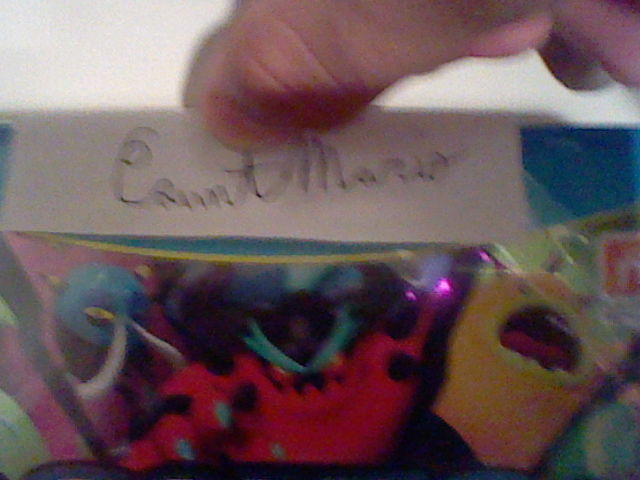 I also (evidently) wrote my username in sexy cursive handwriting for proof. Expect my review of this game in a thread by the weekend.

Added Ni No Kuni and Sanic: Lost World to my list.

Added three games. Updating my list this time though. The games are UC1, UC3, and R&CF:ToD (Gamestop's site didn't have 2 so I'm gonna get that in store). I also repurchased Fallout NV - which I had sold with ME3 and GTA IV to get the last few bucks I needed to get the Wii U - as a sort-of gift for my step-dad with my previous paperweight, my old Xbox (though technically, according to him, it and the 360 are mine, I just moved it to the living room so he could play it or watch DVDs in there if he wanted to).