That's Peachyhime, who played in the tournament on Tuesday. I don't recall who she played, honestly, but if I recall correctly she was a first round lost and didn't win the fan favorite vote.

I have no problems with her expressing disappointment in Smash, don't get me wrong there. But this is flat out disrespectful. "No hope for this game?" Nintendo invited her to play this new game at their official tournament at E3. That seems pretty big to me, but then she's so quick to make that comment. And then she states Nintendo is getting rid of Project M.


Which brings us to the second half of the topic: her statement is simply not true. Yesterday, someone asked Prog if Ninty knew about P:M, to which he responded "more info tomorrow." Naturally, that sparked a lot of fighting, crying, and tons of irrational Nintendo hatred since many thought that meant a Cease & Desist.

Well, the Q&A happened. Basically, he said that Nintendo knows about it, and they approve. A lot of people, including Reggie and even Sakurai, are impressed by them, and wish for them to continue it. He even said a lot of them go on Smash Boards and talk about the games, and even watch P:M tournaments and stuff like that. Basically, that Sakurai and his staff are listening to fans.

However, he noted that Nintendo could not officially recognize it (he could say that because he doesn't work for Nintendo), because then they would be legally obligated to shut it down due to copywrite.
He also added that Reggie wants to do more tournaments "on the road," so pretty much what he said at the end of the tournament. 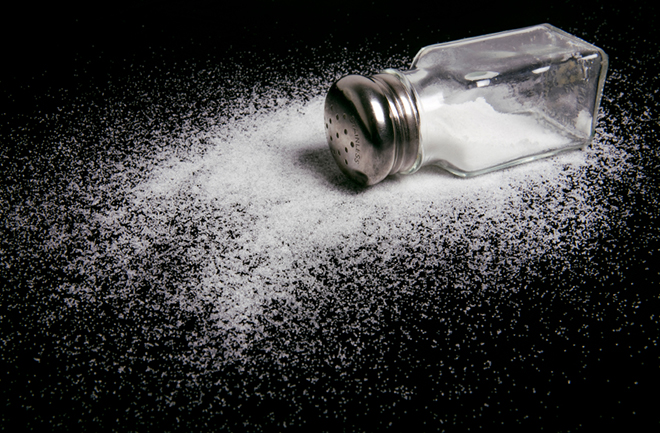 I remember, she lost in a pretty unfair fan vote.  That's why fans shouldn't vote for these kind of things and should be left up to panel of judges.

Unfair how? The fact that I've never heard of her shows her skill at Smash high level play.

And Nintendo can easily acknowledge it. P: M isn't a sold product. Companies can acknowledge mods, due to fair use, so long as they aren't sold. Maybe Japanese rules are different but I'd doubt that since their entire structure is ours but with smaller eyes.

This is how the fan votes went, unless you were a new character, ZERO, or The King.  You pretty much not going to win any fan vote, or I mean 'bias' vote.  I remember, The King of Smash won his fan vote despite having an awful game.

Yeah, it's just what he (Prog) said, DP. Instantly, I thought of Apex, since Ninty's recognized Smash Flash and Crusade.


Also, the fan vote was supposed to be just that. It wasn't a "who did best," since that was what the winner and best ratio spots were for. It was made a fan vote so fans could see more of who they want to see. I really don't see how that was wrong whatsoever.

They wanted to see more Megaman, more Greninja, more Mac, etc, not because of who was playing them or how well they did, necessarily, but because we want to get a better look at them.

They voted The King because they wanted him redeem himself. He has a fan following, simple as that.


So, your argument was that it was rigged against Peachyhime. Well, maybe she should've: A, picked a character people wanted to see. B, been better at the older games and gathered a better following. Or C, been better playing the game at hand.

I don't see how it was against her. She had the opportunities to get fan voted. And if they did it with just judges, it'd probably be based on the same criteria with maybe more focus on C.

But I reiterate, there's nothing wrong with doing the fan vote. In fact, it was by far the best option, considering the tournament was set up for the fans to see. Most of the players were just playing for fun, anyway.

I think there's everything wrong with that, it removes any sense of real competition.  If I were playing, I would have played a new character knowing I would never have to worry about losing a fan vote.  Unless, being put up against ZERO, or The King.

You know there were two brackets, right?

She lost in the actual tournament.


Like I said, the FAN FAVORITE TOURNAMENT was made for the FAN VOTE. It was who the FANS wanted to see. "Competition" was irrelevant in that tournament because there was already one going on, which clearly she didn't have the chops to compete in.

And like I said, she had all the chances to make herself a fan favorite. She didn't pick a character people wanted to see, and the fact that the tournament wasn't for money or really honestly anything negates that "I wanna win" mentally BS.

The King got fan votes because he was good before, in actual competition. Yeah, he sucked at the tourney, but people wanted to see him do better.

Then, with Zero, he won fanvotes by being good. Ya' know, the whole "competition" aspect.


I don't think you have the capacity to understand the concept of this whole "fan tournament" stuff. Nintendo set up the tournament to give people the chance to see the game with some good players. It gave them an opportunity to see the characters they can't wait to get their hands on, hence why newcomers were popular.

Once again, Peachyhime just wasn't good enough. She didn't meet any criteria for being what the fans wanted to see besides being cute (which was spammed on the stream the whole time she was playing), which is why nobody gave her the chance to play again. Perfectly fair system. Judges, besides being unnecessary, probably would've sided against her anyway.

I dunno why you guys think HungryBox played seriously. All he did was Back airs and grabs while using a raw smash or hammer. Didn't even bothered with Edge guarding and such.

A little too rough on the second to last paragraph, Pirate. Cut it back a bit.

Otherwise I agree. Nobody was taking it seriously, or we would've seen the big guys playing their best characters to win. It was a free ride to LA for a free pass to E3, to have fun with a video game they hadn't played before. We'll see most of them in a month at EVO anyway, no need to take this game seriously until Smash U is at E3 next year.

They probably would, but actual judges wouldn't have sided with The King either.  Zero had the only legit fan vote win.  Also, a tournament doesn't have to be for money to be worth winning.  That's showing a sense of some sort of entitlement, which means you don't deserve a cash prize if you think there HAS to be one for a good tournament.

"Legit won the fan vote?" Everyone who won won it "legit."

What criteria is a judge supposed to base it on? Because, like I said, if it was based on playing well, that defeats the purpose of the fan vote since the actual tournament covers that. And Peachyhime would have lost anyway.


And no, the tournament was worth nothing to win. They didn't have enough time to get proficient (or at least like they are with others) with the game, and the available roster was locked. Regardless of what Keighly said, there's not really any professional recognition for winning it. What "entitlement" is there? "HA! I'm the best out of 16 people who only got to play the game for a day and were only allowed to select from set of characters that got smaller and smaller every time someone else picked!"?

They got a free trip to LA to test it out. They tested it out. The fans saw them play, and saw the characters. No prize-- no money, no extra trip, no more hands-on gametimes, no trophy, and no real sense of recognition or entitlement. It's just a simple win. It's pretty much the same feeling as beating some of your friends when you hang out at your house.


The point is, if Peachyhime acted this way because of salt from losing, she has no right to act that way. Nintendo showed her kindness, and in no way rigged the votes. The fans simply didn't care for her.

How's the rest of the internet reacting to her, Pirate? I'm curious.

From what I can tell, "Wow, rude" and "the salt is strong with this one."

Basically us minus the ever-outlier.

I don't find that to be legit at all, there's nothing impartial about that.  It doesn't matter if she won, or lost.  What matters was she never had a fair chance of gaining votes due to how impartial the fan vote was.  Because, let's be honest.  The King of Smash played the worst out of anyone in the tournament.

Where is the implication of impartiality in a FAN vote?

Voted for only new characters, or people that they knew.

That's not even close to an answer to what I asked. Going in, everybody knew that it would be nothing like a fair vote. You're upset about it not being impartial, but this was known well in advance. You're essentially complaining that Congress didn't vote with impartiality on a bill; yeah, the bill got screwed, but it's fucking Congress - did you expect them to be unbiased?

I think the answer was good enough, but you do have a point. :/  I just hope Nintendo doesn't do another fan vote if they do another tournament.

I meant literally ad an answer; I asked where you got the idea that a fan vote implied an unbiased vote, and you answered in a way unrelated to that question lol. But that's not relevant, since you've seen the point I was getting at regardless.

Future tournaments will likely be actual tournaments, not showcasing the game.

You asked where the implication of impartial fan voting was, and that's where it is.

You don't seem to know what implication means, if that's your legitimate response, having read that at least twice now. There is no implication within a naturally-partial fan vote of any sort of impartiality. What you stated is partiality, NOT impartiality. I asked where you got the idea that a fan vote would ever be impartial, and you answered with an example of it being the literal opposite of impartial. Hence my response of that answer not being remotely close.

Now that that's put to bed, let's get back to the main discussion, or leave the topic until another person throws in two cents.

BladedgeX wrote:I dunno why you guys think HungryBox played seriously. All he did was Back airs and grabs while using a raw smash or hammer. Didn't even bothered with Edge guarding and such.

also peachy played villager so if that helps

your all wrong pikachu deserved to win those fan votes :P