Yes, I know there's already a Stage Discussion thread. However, I believe that this deserves a thread of its own for the sole fact that the other is mainly comprised of wholly original stage ideas and the question of what possible new mash-ups are available for familiar stages, as well as discussion over alterations in mechanics, music themes, etc.

So to start off, I'd love to see Big Blue again:

If we're getting an F-Zero stage, it absolutely has to be this. One, that ocean background and the fact that you actually hop on speeding vehicles while trying to avoid the ground makes this one my favorite fighting stages ever. And if this stage is in Axis, this could pretty much be turned into a General Racing stage with vehicles from various racing franchises racing against each other (Mario Kart, SEGA All-Stars, ModNation Racers, WipeOut, Twisted Metal, Crash Nitro Kart, Unkarted, etc.).

I'll be honest, the scrolling/moving background stages sort of concern me. I'm still kind of unsure how to go about them, and as such I'm pushing them off as long as I can. Especially Uncharted/Warhawk (I really hope we confirmed that stage already...), as there was a lot more going on with that one.

I have a basic idea but I have yet to see the "limits," per se, of what XNA can do with 2D imagery alone.

lol Don't worry, you did.

One of my favorite stages in all of smash brothers was the Fountain of Dreams.  The scenery, the effects, and most of all, the soundtrack.  I would play this level specifically for the soundtrack.  (It was added to Project M which makes me super pumped)

While I personally think that Ratchet and Jak should definitely have new base stages (Nefarious Space Station FTW), I believe that the domain of the last Golden Trio member should stay. AKA, Paris. I mean, I just love night stages and fighting on top of rooftops is awesome. But by God, change that awful theme. I mean, it's awful by itself, the fully orchestrated tracks for Paris are so much better than that synth crap we got. Just go for the epic remix in Thieves in Time.

As for a mash-up in replacement of the Negativatron, I actually have quite the smashing idea. The Professor Layton series should invade. In case you're not familiar with the franchise, it's a puzzle adventure mystery game exclusive to Nintendo handhelds that's more popular than you think and has six whole installments as of the moment, two whole animated movies, a crossover with Ace Attorney, and is still active (and it's also crossed over with Ace Attorney as of late). If it wasn't for the fact that the dev company, Level-5, wasn't owned by Nintendo are are technically third-party, it would be in Smash Bros by now for sure. Since the locales are also themed in locales reminiscent of say, London, it's quite fitting for Paris' setting.

Comix gave me the idea though to propose that we have a blimp with the Masked Gentleman appear in the background. 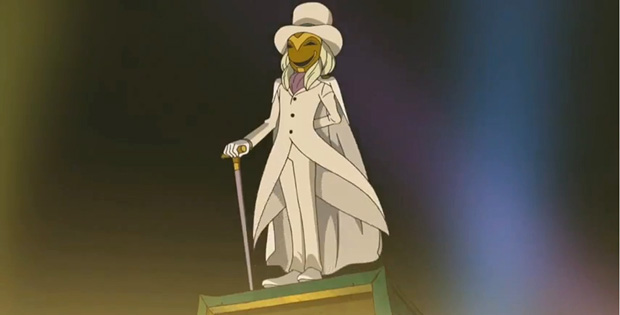 And maybe we could even have Carmelita try to fight him in the background, if that's not too much trouble to ask for. But eh, it's just an idea. 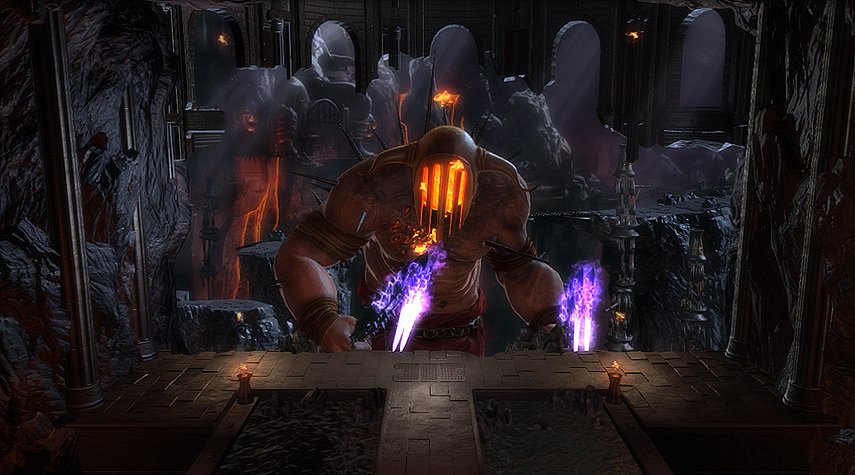 we all have fond memories of this stage. it was the first we all played, that was any good (looking at you Sandover) if we played any betas, which i assume we all did.

i want it back. and i want it better. and i have the ideal mash up. instead of Patapons attacking this guy shows up 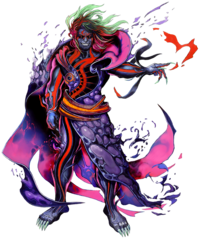 well the stage name is Hades. just as the hazard changes when the Patapons attack, it changes here. Kid Icarus Hades quickly disposes of GoW Hades by uppercutting him, sending Hades (GoW) blasting off Team Rocket style. The Hazard is now distracting subtitles of Hades dialogue like Resettis assist trophy. He will make fun of the characters on screen, shattering the fourth wall and is quickly attacked by Dark Pit and only NOW does the music change to this:


Viridi and Dark Pit begin conversing with Hades as they fight, still making fun of the combatants. occasionally Hades fireballs may hit the stage. after a while of course this all stops and you just see Dark Pit shooting at Hades, who sits there laughing, occasionally launching a fireball. with Hazards off the conversations don't happen and fireballs are never launched. gives a reason to play with hazards on.

Personally, I want Hades inside of Hades Belly. Because Wynaut?

i thought of that. then figured out i never wanna see that level again.