I was wondering what the fine people here at PA Stadium thought about Capital Punishment? (Death Penalty) As for me I agree with it.

Here is some information from, ProCon.org
"1,188 people were executed in the US from 1977 through 2009, primarily by means of lethal injection. Most death penalty cases involve the execution of murderers although capital punishment can also be applied for treason, espionage, and other crimes.

Proponents of the death penalty say it is an important tool for preserving law and order, deters crime, and costs less than life imprisonment. They argue that retribution or "an eye for an eye" honors the victim, helps console grieving families, and ensures that the perpetrators of heinous crimes never have an opportunity to cause future tragedy.

Opponents of capital punishment say it has no deterrent effect on crime, wrongly gives governments the power to take human life, and perpetuates social injustices by disproportionately targeting people of color (racist) and people who cannot afford good attorneys (classist). They say lifetime jail sentences are a more severe and less expensive punishment than death." Link to page
Here is a link to ProCon.org's top ten pro's amd Con's of Capital punishment. Top 10

The average time for someone to be on death row before they are executed is 15 years.

*If peolpe want more info I will get some* 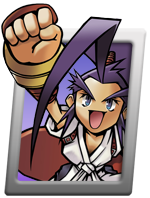 Personally I feel as if no one should have the power, authority, permission to end someones life.
That's not based off of any religious views or anything, I just think it's morally wrong.

People use arguments such as: "They deserve it" but whether they deserve it or not is not the point. That's like kindergarten all over again! "Teacher he hit me so I hit him back!" Is this actually how grown and intelligent people think or should I be blaming the infamous saying "An eye for an eye"?

I can definitely understand that the family of the victim (if we're talking about a murder) would want to see the murderer dead and would want revenge(such as the recent James Holmes case) but that isn't the point either. Are we going to sink so low as to actually commit the same crime the murderer committed? Fight fire with fire? No, that is morally wrong and doesn't do anyone any good. No one has the right to take someone's life, no matter what they did or do they? Is it suddenly okay to kill as long as that person did the same thing? Isn't the point of punishment to improve and teach the criminals a hard lesson? Well, if that's the case, then tell me how they are supposed to improve if they're dead? Another thing a lot of people have thought about is(it's something that's been talked about a lot in the media)"What if they have the wrong person?" It's happened before and then there's no way back!(Wasn't there a recent case?) Sitting in prison every single day for the rest of your life as the guilt/remorse of your actions kills/haunts you inside is probably a lot worse than dying for a lot of people who are seeking revenge by committing a crime because it's OK to kill now because you did it first.

Is the reason for capital punishment still being used, that the government just doesn't want to deal with criminals or is it as I mentioned before, that they think they actually deserve it? Do they just love to have the power of deciding whether a human being lives or dies? Do they think that it stops people from committing a murder? I'm not saying that there are no arguments for capital punishment, but the arguments that do exist are based on primitive human emotions or the information is false. Some examples are: The criminal deserves to feel some of the pain the victim did. In other words, this is expressing revenge and "playing fire with fire" or "an eye for an eye". Others say: It's less expensive than parole, and they don't want to pay for criminals. This is understandable, but in reality, this is not the case. Executing someone is actually more expensive than life long imprisonment.

Personally I have little faith in the justice system. Rather I just think it needs an overhaul like many current structures in society that are old and unwilling to change even when corruption occurs. And eye for an eye one might say? If anyone is going to kill and get revenge, it'll be me. If someone takes a loved one from my life, I'll either watch them spend the rest of their lives in jail, or kill them myself. Yet apparently that is illegal, though capital punishment is fine.

My main reason I'm against it is in the case of an innocent man being screwed over and put on death row. Who's that benefiting besides the people who framed him? His life is over, literally.

When someone is sent to prison for life I've never been like no he should get the death penalty. At the same time If someone who is killed that way I don't feel bad at all. I believe if you do evil you should suffer for as long as this earth will hold you and after I hope they go down below and suffer for the pain and destruction they brought.

Honestly if they are gonna waste money on the death penalty and lethal injection I'd rather they do it a more cost effective way. Life in prison is fine with me though...I don't see the death penalty as a deterrent anyway. Also agree with what Chaos is saying.

We need to rehaul the death row system. Right now it takes much too long for an inmate to be put to death. I only feel that these people should be killed when there is undeniable evidence proving that they were responsible, and only a month after the sentence. Right now people can survive years after their sentence, and this is costing us even more money.

Alternatively, we can overhaul the prison system and not give prisoners the rights that they don't deserve. Once you're proven guilty, your rights are essentially revoked, so why are we forking out so much money to keep these guys in perfect health, warm prisons, and even things that are completely unneeded, like TV? You signed away your rights the moment you committed a crime, and us giving them back to prisoners doesn't make sense to me. Then again, a lot of America's decisions since WWII haven't made much sense to me...

We shouldn't be killing everybody off instantly, but those that have killed in cold blood don't deserve to live a comfortable life.

Similar topics
» Theres SOMETHING WRONG With The Way I Sketch?
» How get a wrong sent gift back?
» Reset if you use the wrong energy/strength charm!
» TiaSusi - What she's wrong?
» TMNT NECA series with wrong head, rare?