I have an idea.

i think it may also be experience on the forums that will help. users here longer should get priority up to like a 500 post cap. after that we should be equals.

Ok so yeah discriminate against me for joining later I see how it is. 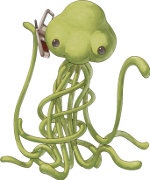 Kiwi
You're too slow!

i recomend you post in the count to 1000 thread whilst quacker isn't on and get some posts up. even though i don't think slayer will go for it its good to have assurance.

I have way less posts than everybody else that's been on the forum, but that's because I'm usually the silent type when it comes to most things... At least, that's how my friends categorize me... Also, off topic, but who was the one that edited my location? lol

You know me too well lpool.

May I remind you guys that being new or old has nothing to do with this.
Helv was the fastest member to rise through the ranks here and make this place better.

If we feel you're qualified for the job then you'll know but everyone has an equal chance.

Edit: Pyro, I edited your location and I've added a limit know.
It was extending borders during post and made things look weird.
I left the important part though.

Alright. I didn't think anybody noticed at first so I had posted a comment stating that the location can be super long. Glad to see you caught it.

i saw it i just went by that you did it

Yeah, but a lot of my posts on here have been productive too: The Pasta Stadium Leagues started here, and look how much it's grown! :D

papertoonz wrote:yeah helv was quite quick to get to mod then from mod to adim was even faster still post count aren't worth much when you those game go on look at alya that person just posted almost 200 times in that counting gaming does that count for being active no that what we call framing in MMOs

And don't you think we made the right decision in asking Helv to join the staff?

That's why post count or your time here isn't a major factor when deciding this.
It's how serious you are about the job and what you do after.

We can always fire staff members if we feel they aren't doing their job correctly or they just disappear and we never see them again. We're very careful with who we pick as well, Blade and Jecht have been great mods, taking care of the place. We won't pick someone who we feel will make a bad call or abuse their power either.

Just things to think about guys, a little inside info on how we make our decisions. Everything is done as a team here and that includes the community as well.

"Stay tuned" because I'll be making a topic pertaining to the "open position" sooner than you think.

Pyro-Hem wrote:Alright. I didn't think anybody noticed at first so I had posted a comment stating that the location can be super long. Glad to see you caught it.

I guess I didn't run into that post, I had just seen it/noticed it and well yeah.

Ayla's Hero wrote:Yeah, but a lot of my posts on here have been productive too: The Pasta Stadium Leagues started here, and look how much it's grown! :D

That's right guys, PA Stadium is the official home for the PASTA Leagues.

Ayla's Hero wrote:Yeah, but a lot of my posts on here have been productive too: The Pasta Stadium Leagues started here, and look how much it's grown!

There ya go guys.
https://pastadium.forumotion.com/t1663-we-re-hiring-there-s-an-open-position#33446