Hello guys, happy new year and hapy past holidays. I know that I've been out for so long for some personal and medical reasons, but I want to give a rundown of things that happened the last month:

=FORUM=
As you may know, the site would be updated the last month, this didn't happened because I goofed up. Yes, I made a huge mistake with a colleague and half of the stuff like the new logo (yes, I made a completely re-designed logo), banners and backgrounds are gone, I think that I would re-do all of that by the end of the year but I was wrong. I can't give a date of when this will be finished, so I'll keep it as TBA. Sorry if this brings some troubles, I din't meant to cause them.

=VITA=
My friend that was about to get me the VITA will be back almost starting February, but the sad thing is that she bought a 3DS instead because the guy in the store told her that this was more cheap and because it will get a better game called "Super Smash Brothers". Don't worry, she returned it after I told her that and I got a refund of the money (I don't blame her, she knows little to nothing about gaming), but for some unknown reason, PayPal locked up my account, I reached them and asked why , they told me to re-vinculate my debit cart so I need to wait until January 12-13, and that's when my bank status account arrives to my house (because in the on-line of the bank page It doesn't show me any movements). So for now the money is secure.

Why I told to you this? Because you where the ones who made that possible. :)


=MISC=
Vio told me that she send me a package, but until now, I haven't received it, I wanted to asked her but I haven't reached her by any mean, the package was a small figurine that she made and she wanted me to paint it to send it to SuperBot as a big "Thank you!", but since then I haven't had a word about her nor the package.

This is a update of the current situation as a whole, I haven't been able to follow the forum in the past month as I would wish, but as far as I can see, everything is fine.

You can contact me via any of the following directions:

See you around dudes, and thanks for you patience.

That's fine man, I had a feeling something happened dude.

Happy new year and holidays everyone! 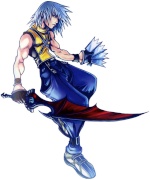