I used Big Daddy's level 3 on San Fransisco (while in the space portion) and there was two Chimera swimming around.

shikiyakumo wrote:I used Big Daddy's level 3 on San Fransisco (while in the space portion) and there was two Chimera swimming around.

I'm gonna see if something happens when Dr. Nefarious is on the screen.

I was playing Cole on Sandover, I fell in the water and after a little bit of just floating there he started to spaz out. 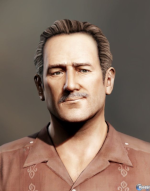 That's a neat reference I noticed also. It originates from how Cole can't be in deep amounts of water due to shorting out in Infamous.

Yep I know, also IIRC when I used Big Daddy's level 3 one time, Sly took out an oar and started swimming around in his bucket of dynamite.

That's a reference to how Sly drowns whoever he even touches pools of water in his games, so he uses the barrel as support. I have to say, I'm impressed that Supes implemented this and remembered that aesthetic about Sly.

Haha that's pretty cool, I love Easter Eggs that are little references like that(and Easter eggs in general). Like noone would understand that unless they played those games.

Anyone notice the Sly logo at the bottom of Alden's Tower?
It's in the center of the bottom part...

I actually noticed that a couple of days ago in an Alden's Tower match. XD

By the way, Jak and Daxter's losing animation on the results screen is a reference to the game over sequences from The Precursor Legacy.

And one of Jak and Daxter's waiting animations is the dance from the ending of The Precursor Legacy also. (Can somebody please make a gif out of this? I will love you forever if you do.)

If you go into the water (at least on Franzea) with R&C, Clank will turn into his Hydro-Pack, and Ratchet will add an oxygen mask to his helmet. Not sure if that was mentioned before, but that was a nice touch that I liked.

shikiyakumo wrote:I used Big Daddy's level 3 on San Fransisco (while in the space portion) and there was two Chimera swimming around.

The same thing happens with those 2 Vox Populi fro mColumbia's intro when you use it there.

In the Dojo after the walls fly off, you can see the moose and frog from the first PaRappa.

Heihachi's Level 3 was actually taken from his Tekken 5 ending scene where he launched his relatives into space to kill them (Since they've survived many acts that should've killed them and Heihachi became desperate).

I have to say,

Using Big Daddy's lvl 3 on BlackRock Stadium will cause Sweet Tooth's ice cream truck and Doll's 2-Wheeler to sink (Along with other vehicles that appear at random). It actually looks really cool because they are big enough to fill up most of the background.

Then, Count pointed this out during last nights game session, during the phase of BlackRock when Haven City invades, the lava in the background changes into Dark Eco from Jak & Daxter.

oh yeah i saw that! it comes out the lava pipes.

I thought it was funny and a nice touch that if your in the water in sandover with jak, daxter will be on his back swimming circles around you.

The funniest thing just happened right now. I was playing arcade mode against polygon man, and he turned in the stage hazard. It was hades. Then, out of no where, Hades starts dancing. I was busting up and I couldn't believe my eyes. 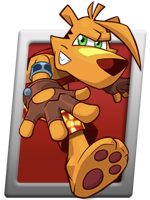 spongebob562 wrote:The funniest thing just happened right now. I was playing arcade mode against polygon man, and he turned in the stage hazard. It was hades. Then, out of no where, Hades starts dancing. I was busting up and I couldn't believe my eyes.

pics or it didnt happen 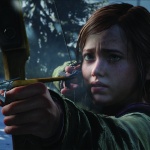 I'll tell you this, I wish I had pics of it. But I didn't. If you don't believe me fine, but it did.

spongebob562 wrote:I'll tell you this, I wish I had pics of it. But I didn't. If you don't believe me fine, but it did.

that sucks, you should have paused it and taken some pics

It happened again! I took screenshots on vita. I have pics of it on phone. I'll update with them

spongebob, I've found a video of it.
It looks like he dances either "Jump on It" or "Gangham Style". (9:33)
https://www.youtube.com/watch?feature=player_detailpage&v=nu5Ma8EWqCQ#t=571s

Point is, it's fucking hilarious! xD

In the Dojo they show Chunky Burger which is the diner they always go to in PaRappa games and they show the gas station from the level in PaRappa where he has to use the bathroom. They also show the cake store from PaRappa where he bought Sunnys cake from before he dropped it and had to make it. I'm not sure but I think the record store in the Dojo level is the one from PaRappas story in UmJammer Lammy.

Remains of some Chimeran Eggs at the foot of Specters console on time station. best seen at the end of a match

When PaRappa does his Lvl. 3 finishing move, you can see some very familiar faces from the PaRappa universe in the crowd. Here's a picture:

(I took it from a YouTube video. I'm cheap, I know)

Anyway, from left to right: P.J. Berri (I think), Chop Chop Master Onion, Sunny Funny, Lammy (she was the first one I noticed), Katy Kat, and Ma-San (why's she so big though? Normally she's supposed to be about half to a third of the size of everyone else)


Another interesting thing I would like to share is that in the battle with Polygon Man, one of his lines is "You are not ready" This is a reference to the slogan used in American PS1 ads from 1995-1996.

EDIT: I personally haven't heard this line in the game, but I've read that Polygon Man also quotes his line from the first (and only) magazine ad he appeared in, which was: "I consider it a type of role-playing game. Today, you will be playing the role of the pinata."